Pu erh tuo cha has many fans. It's a tea that's easy to take with you to the office or on a trip. It's a nice treat for friends - a tea compliment will even fit in your pocket. The only difficulty is that not everyone knows how to brew Pu erh tuo cha correctly. We suggest to deal with this question.

What is the peculiarity of pu erh tuo cha 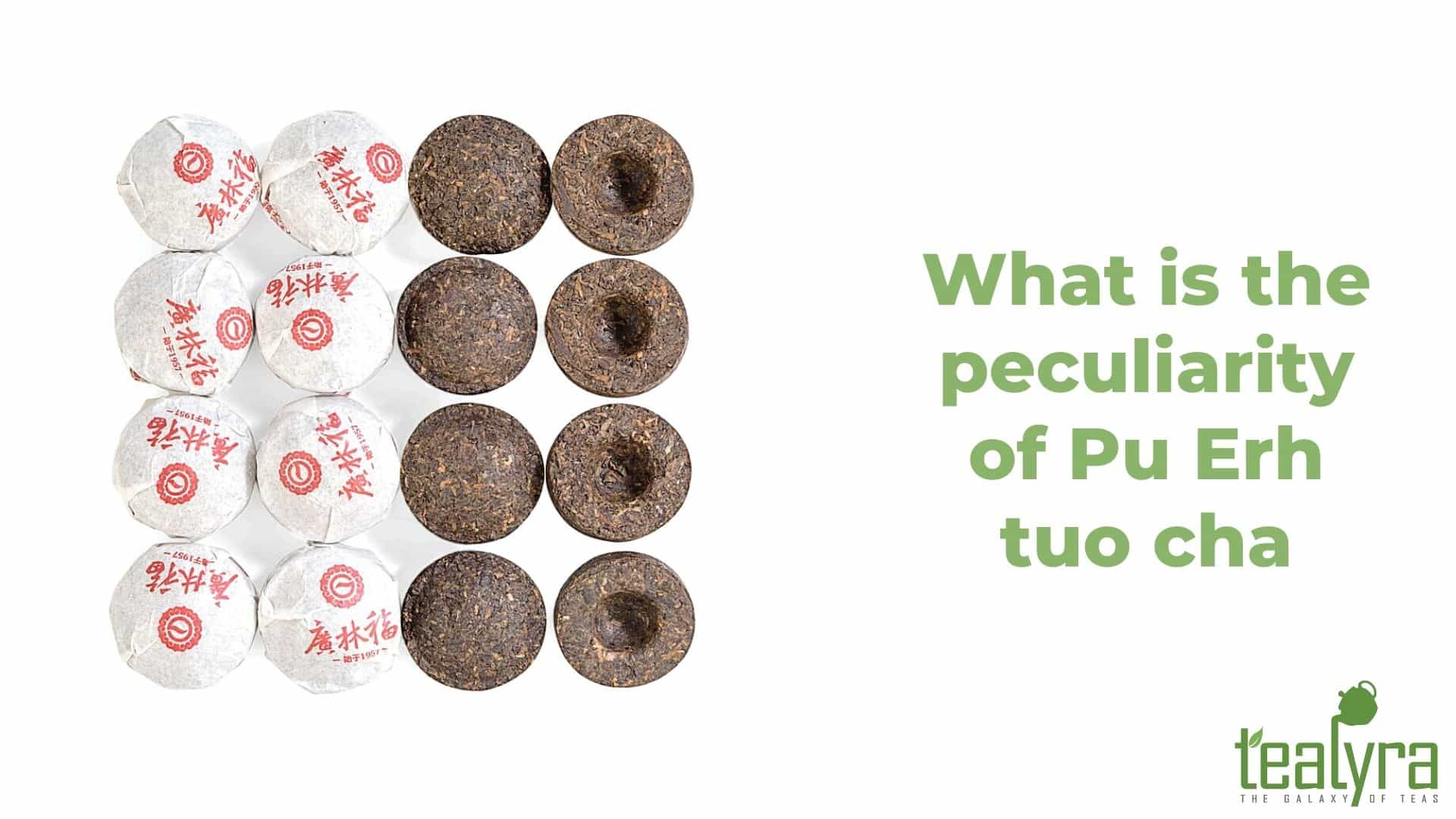 The classic form of pu erh is a pancake, which weighs 357 grams. It is not possible to drink such a tea at one time, so you have to arrange for proper storage. Before drinking, a small portion is separated from the blend with a knife or a special awl.

This kind of difficulty is not to everyone's liking so they started to produce Pu erh tuo cha which in China are called Xiao Cha (小茶). The tea is delicious and of good quality, but it is much easier to store

As a rule, they are miniature pills (nests with a notch), squares or pucks without a deepening, the so-called Puer Ripe Menghai. Its weight is 5-6 grams, which is enough for a tea party in a small company. If you need more tea, you can take two servings.

How to brew Chinese tuocha tea? For any packaging, the same rules for brewing in spills apply. But there are nuances because the raw material of puerh tuo cha is usually finer and the pressing is denser.

To understand how to brew Puerh tuo cha, decide what kind of tea you have, Sheng or Shou. In the first case, the water temperature will be lower (80-90 degrees) and the infusion is important not to overstay, so that no bitterness appeared. The second allows steep boiling water, up to 98 degrees.

How to brew puerh tuo cha with spills in a kettle:

How to brew pu erh tuo cha in a thermos:

If you do not drink the tea an hour after brewing it, it is advisable to filter it, otherwise the infusion will be tart and bitter.

To make your puerh taste good, listen to our advice:

We figured out how to brew pu erh tuo cha. It remains to remind that Sheng or Shou, even in portions, is a great tonic, so don't drink it before going to bed. But this tea will be a natural energy drink when you want to banish morning drowsiness or cheer up in the middle of the work day.