US$
My Favorite
Account
Or sign-in with another identity provider
Login with FacebookLogin with GoogleLogin with Amazon
Register Sign in
Cart 0.00
0
0
View cart
Checkout
US$0.00
Cart is empty
Tea Store›Articles›Tea preservation. Part II. Tea varieties and teapot materials

State standards set the shelf life of tea from eight months to three years, depending on the type. However, it is not uncommon to see the inscription "the older, the better" on the package of puerh tea. If we want to understand the essence of the processes and develop our own point of view and conscious approach to tea preservation, we will have to understand the qualities of tea of separate kinds.

We can say that the less fermented the tea and the more delicate and thinner the leaf, the more vulnerable it is to storage. Of course, this applies first and foremost to green tea.

The fermentation processes in green tea were stopped almost immediately, so that the tea polyphenols and other substances remained unoxidized. And exposure to high temperature caused the enzymes to go dormant quite deeply.

Green tea loses its freshness very quickly when stored: the substances are not transformed during storage, but simply decay, albeit quite slowly. Many tea drinkers believe that green tea should be drunk within six months after picking, when it is at its most vivid. Perhaps this is an overzealous pickiness after all.

During the first year, almost any green tea remains delicious and flavorful. And in the second year, most varieties continue to delight the palate and the sense of smell. Of course, the further it goes, the less interesting it becomes.

It is true that there are exceptions. Indeed, some varieties lose their charm completely over time (we are talking about five or ten years or more). But it happens that tea continues to surprise even after several decades of storage.

Of course, it isn't bright and fresh, but it is delicious, original and it doesn't make you think that it's gone bad. But these are the exceptions.

Green tea requires a sealed, dark package and a cool place to be stored. In China, special dehumidifiers are used for storing some particularly delicate teas. Now there are modern gel dehumidifiers in small bags, which can be put into the package along with the tea if there are concerns about excessive moisture. 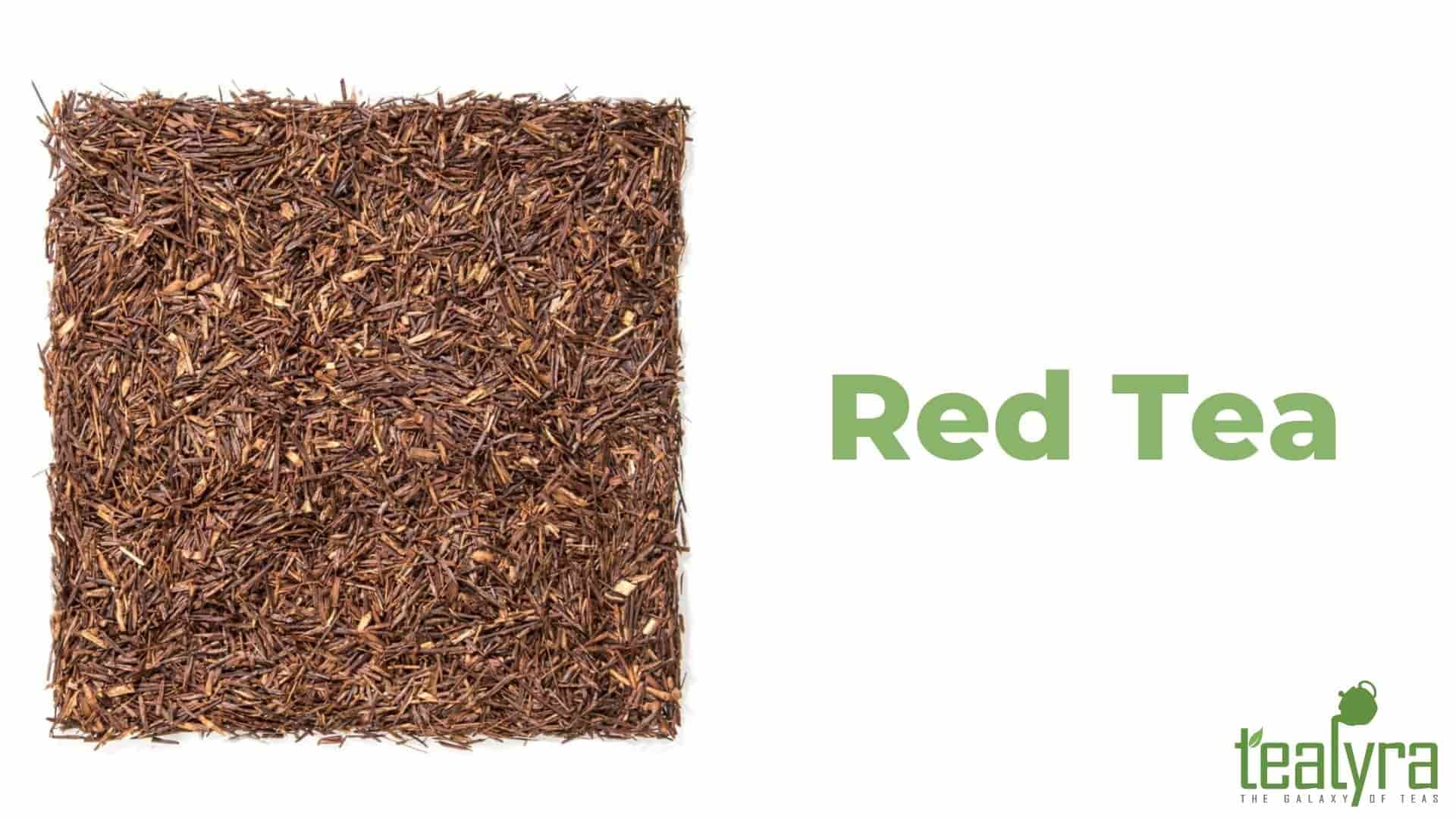 Red tea is strongly fermented, well heated, and, if the minimum conditions are met, stores wonderfully. The hermetic, light-tight packaging is sufficient to preserve all its qualities for several years.

Light, slightly warmed oolong teas are closer to green tea in their properties. But the dense leaf and hemispherical twist allow them to retain their qualities better.

Nowadays, such teas are often packed in vacuum bags. This version allows even better and longer preserve the delicate flavor of tea. By the way, in this case it is also appropriate to use gel dehumidifiers. 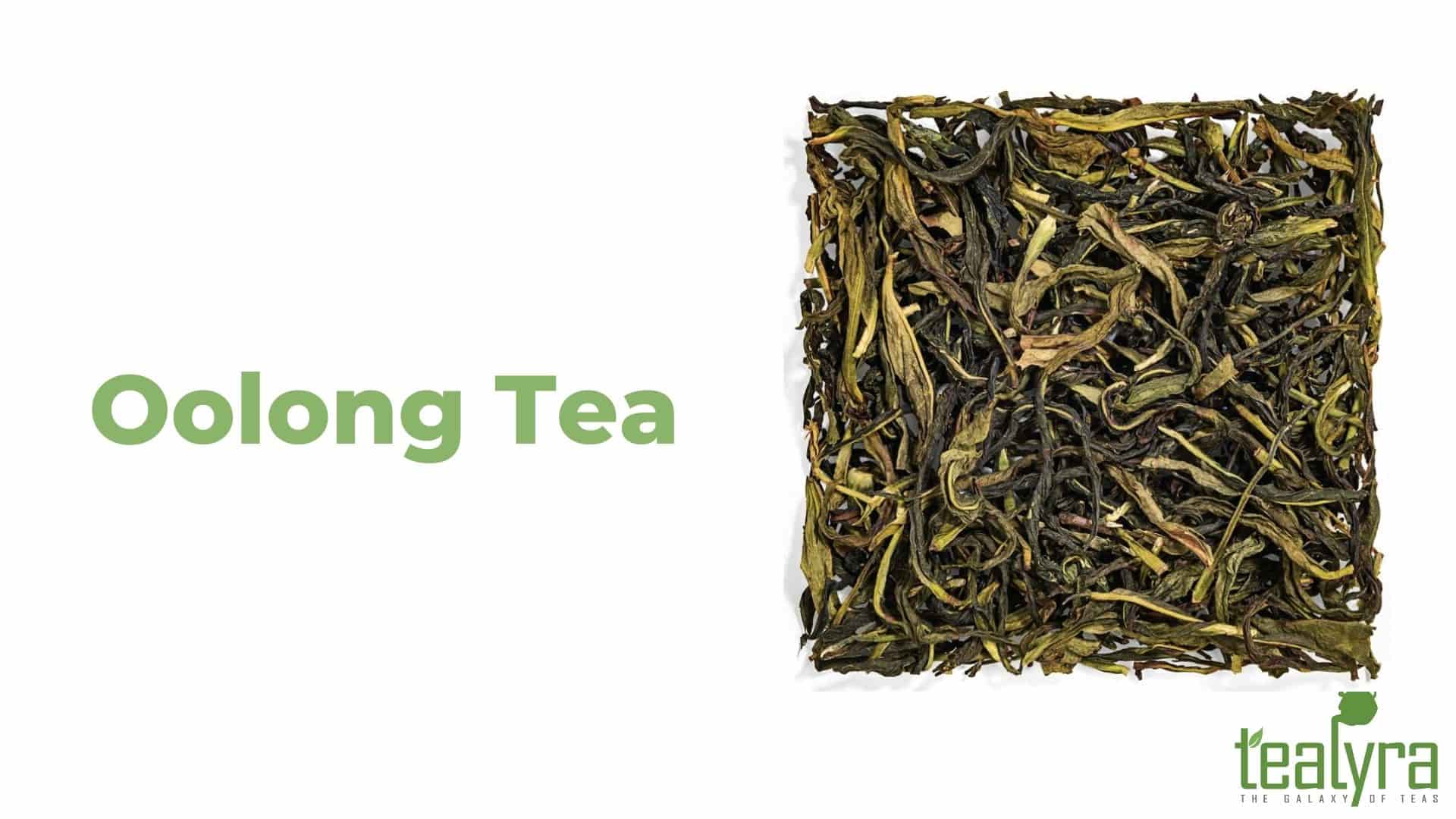 Dark, strongly heated oolongs are somewhat closer in properties to red tea. They store very well. And some can also be used for long-term aging with periodic warming. 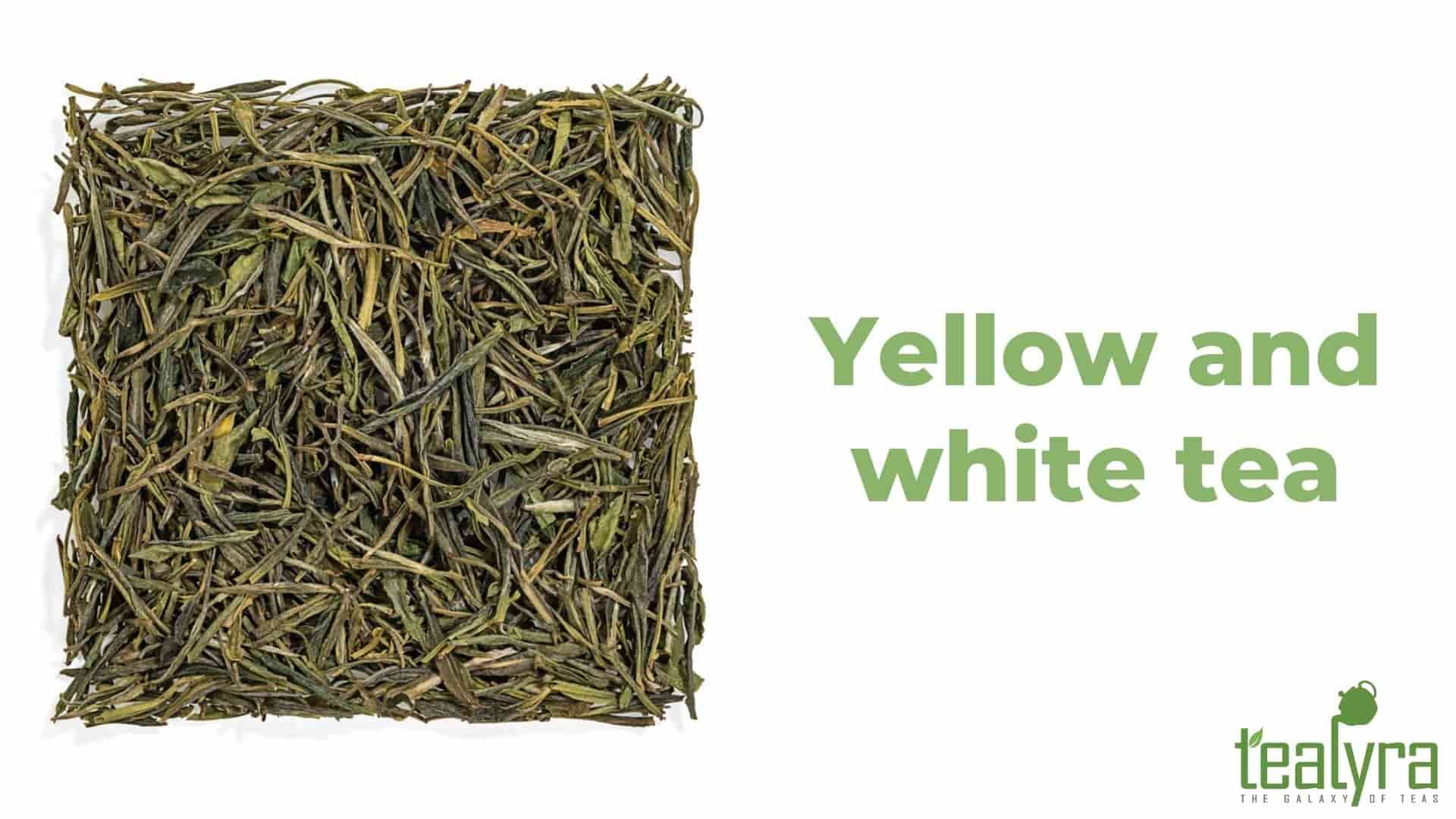 But practice shows that although fresh yellow and white teas are very tasty, they reveal their full qualities just by the end of the first half of the year. Before that, there is too much "greenness" in them. So much that sometimes it may not even be quite clear what kind of tea it is.

But a little later, the flavor and aroma characteristics begin to reveal and show themselves in full force. And this tea is stored wonderfully. Although it changes quite noticeably, but only for the better.

Aged for more than three to five years, white tea in China is considered a very useful remedy for colds. Aged yellow tea becomes very fragrant, full-bodied and much clearer than fresh tea. There is only one important condition. The tea must initially be of very high quality! 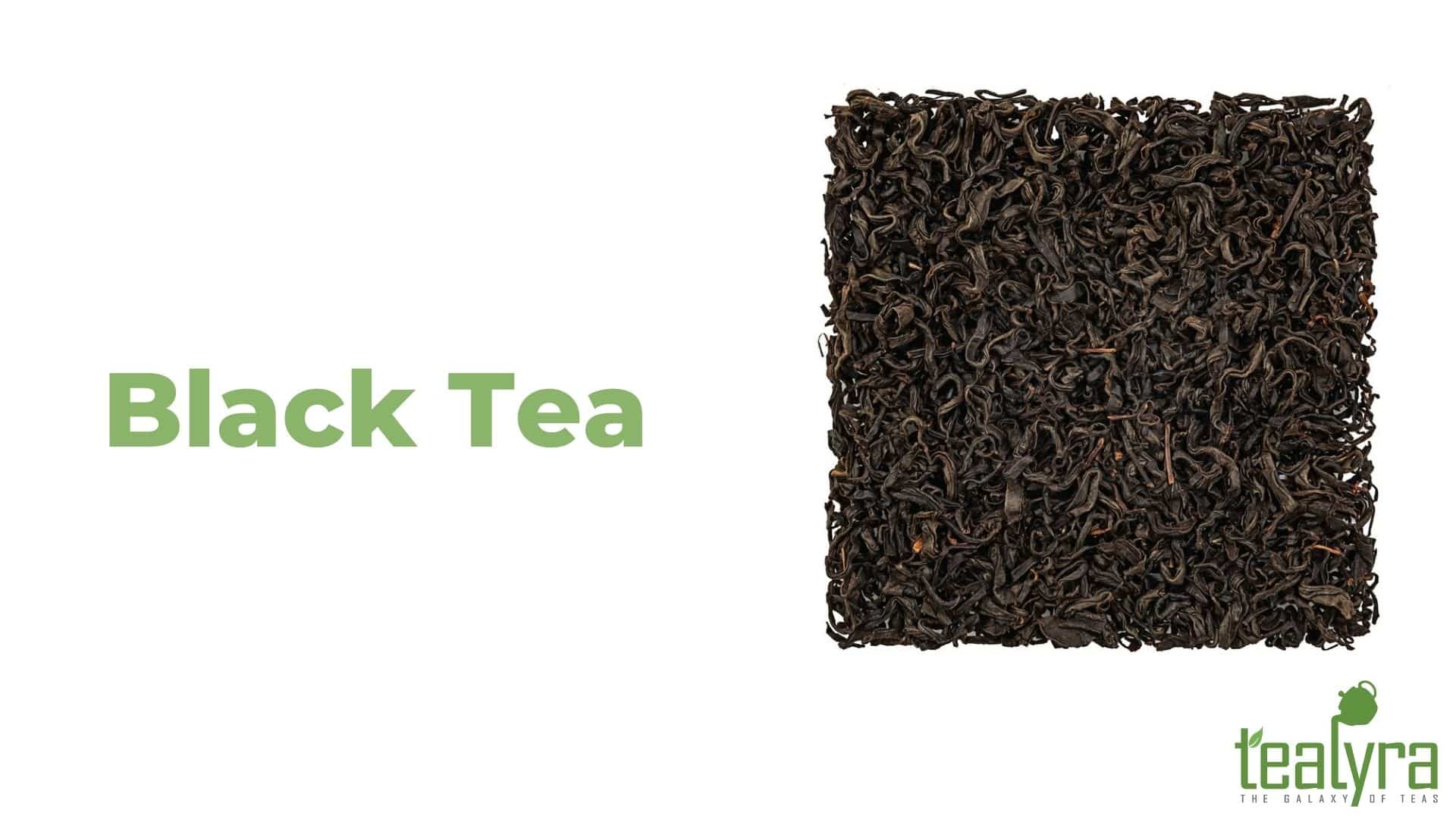 Black tea, which includes puerh, is designed for long-term storage. The technology of black tea production is such that it implies its gradual maturation during the storage period. It is unlikely that ancient Chinese tea technologists reasoned in this way, but apparently they had to think about how to protect tea as much as possible during long-term transportation over long distances.

А Maybe the practice of several centuries of tea trading made itself felt. One could fantasize on this subject. But in any case, black tea not only keeps well, but also requires much less attention.

Although here, too, there are nuances. However, it is better to refer them to the question not of storage, but ageing. Black tea in storage should be allowed to breathe, that is, to provide access to oxygen. And, in this case, it is worth watching the humidity - so that the tea does not dry out or get damp. 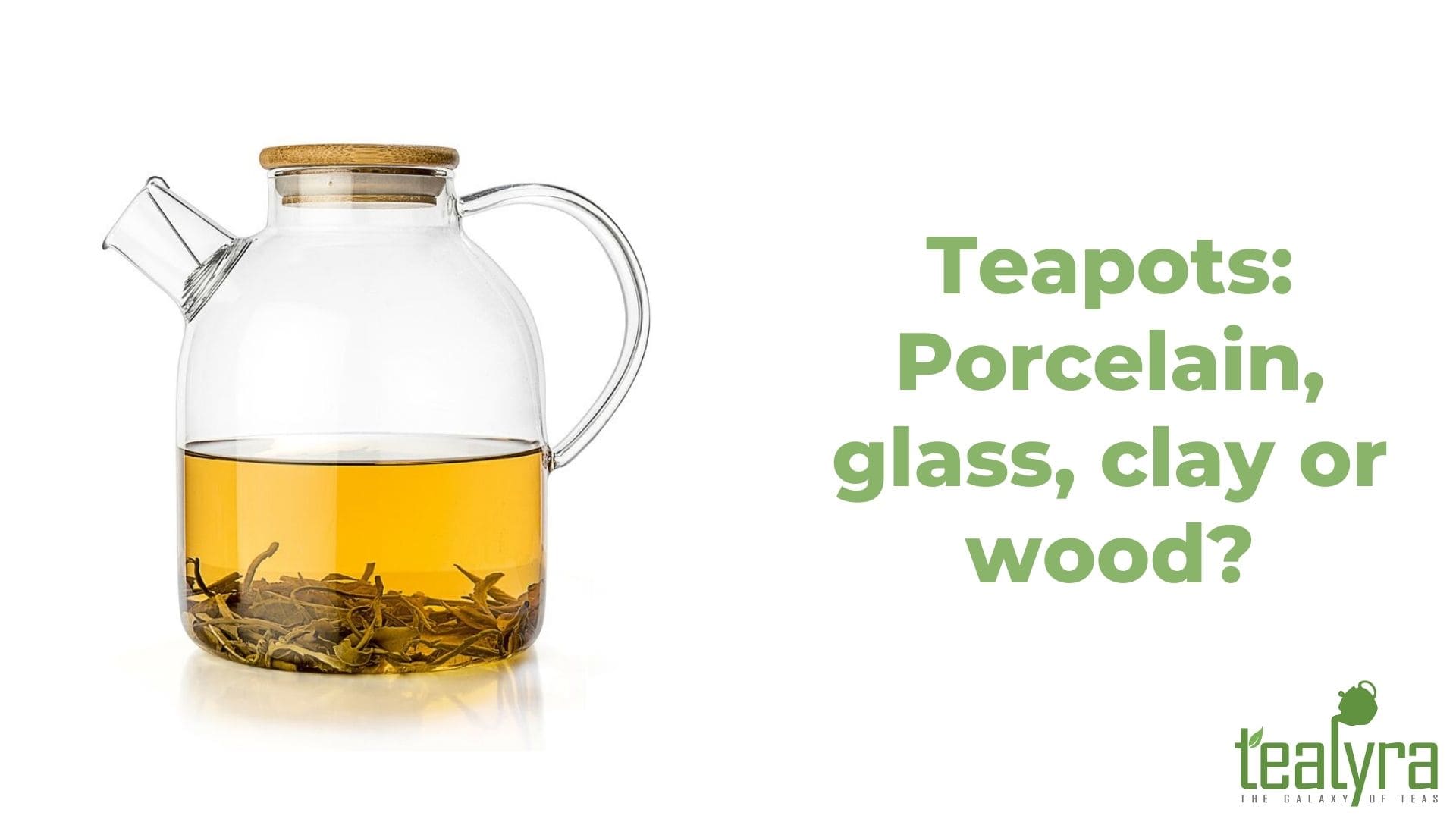 This is because porcelain is a nearly perfect material for tea storage. It doesn't let in moisture, light or odors and is chemically inert. After one kind of tea, the teapot can be washed, dried and safely used for other teas.

Nowadays, it is possible to choose a porcelain teapot for any kind of tea, from the smallest to quite large ones. Lids of such teapots are often made tightly closed: lapped, with a cork or silicone seals. And, of course, the porcelain teapot itself is a joy to look at.

But for black tea, other materials are preferable. After all, black tea needs to breathe during storage. Natural materials are better suited here. For example, clay teapots are wonderful. Black tea is often pressed in pancakes, so it is very convenient to store them in a round teapot.

An interesting option for storing black tea could be baskets or wooden boxes. Sometimes such boxes are made of special fragrant woods, such as camphor. Then the tea gradually absorbs this smell. Of course, the result may not please everyone, but it is certainly very interesting.

Glass jars with a tight lid can also be used to store tea, but they will have to be kept in a dark closet. Beaded metal, tight-lock jars aren't bad, although they're not ideal for long-term storage.

Often these jars have a transparent lid, and we remember that light should be avoided. Such a lid can be sealed with something, such as a label with the name of the tea. This is what they often do in tea stores, where the beaded jars have just really caught on.

Do not use cardboard jars for long-term storage of tea. They are not very airtight. But they are very useful as gift wrapping. However, in a cardboard jar you can put tea in a foil bag.

Such special bags for tea are now produced in very good quality. And if you close it tightly or seal it, then the tea can be stored for quite a long time without any damage.